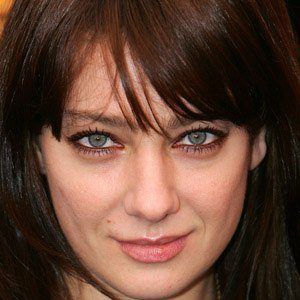 International actress who has appeared in many films including Love in the Time of Cholera. She has received the National Society of Film Critics Award for Best Actress and appeared in the 2009 film Vincere.

She had formal training as a ballerina.

She was a member of the Cannes film festival.

She is the daughter of actors Vittorio Mezzogiorno and Cecilia Sacchi. She married Alessio Federico Fugolo in 2009 and she has two sons named Zeno and Leone Fugolo.

She was in the film Love in the Time of Cholera with Benjamin Bratt.

Giovanna Mezzogiorno Is A Member Of