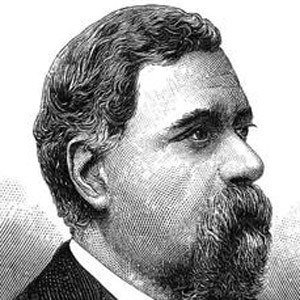 Known for his contributions to the field of astronomy, he is particularly remembered for his hypotheses about the topography of Mars. He also identified an asteroid -- 69 Hesperia -- and established the relationship between comets and meteor showers.

After studying at the University of Turin and the Berlin Observatory, he began his career at the The Pulkovo Observatory in Russia and went on to work for four decades at Italy's Brera Observatory.

Two Moon craters and one asteroid were named in his honor.

He was born in the northern Italian town of Savigliano, and he died in Milan at the age of seventy-five.

Fellow astronomer Percival Lowell, inspired by Schiaparelli's telescopic observation of apparent "canals" on the surface of Mars, made it his life's work to discover extraterrestrial life on the planet.

Giovanni Schiaparelli Is A Member Of