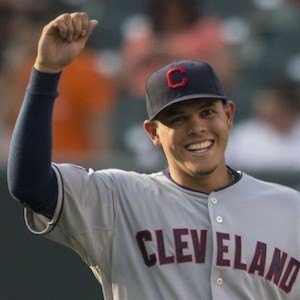 Colombian third baseman who made his MLB debut with the Cleveland Indians in 2015.

With a passion for the sport at a young age, he signed with the Cleveland Indians as an international free agent in July of 2008. He made his professional debut in 2009 playing for the Dominican Summer League Indians.

He is also known for having played for the Colombian national baseball team in the 2017 World Baseball Classic.

He was born and raised in Cartagena, Colombia.

He became teammates with fellow infielder Jose Ramirez on the Indians.

Giovanny Urshela Is A Member Of