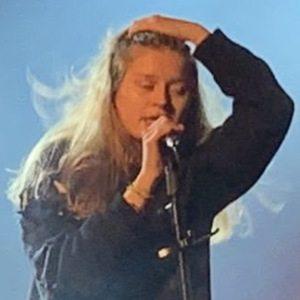 Norwegian singer, also known as Marie Ulven, who had a fast rise to fame after the release of her 2018 EP Chapter 1. The videos for her tracks "Girls" and "We Fell in Love in October" have helped her YouTube channel reach 1 million subscribers.

She originally started uploading music to SoundCloud under the user name lyfsuxx.

Her single "I Wanna Be Your Girlfriend" was ranked #9 on the New York Times list of the Best Songs of 2018.

She's been based in Oslo, Norway. She has sisters, one of whom is named Tina.

In 2019, she took part in her first North American tour as a supporting act for Conan Gray.

Girl In Red Is A Member Of