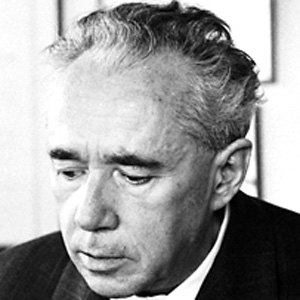 An Italian chemist who won the Nobel Prize in Chemistry in 1963 for his work on high polymers. He was also a Professor of physical chemistry at the University of Rome.

He earned a degree in chemical engineering from the Politecnico di Milano University in 1924.

He took over as the Head of the Department of Chemical Engineering at the Politecnico di Milano university in 1938, only after his predecessor was forced to step down due to racial laws against Jews that were introduced in Fascist Italy.

He was diagnosed with Parkinson's disease in 1956.

He won the Nobel Prize in Chemistry just like Linus Pauling did nine years before.

Giulio Natta Is A Member Of