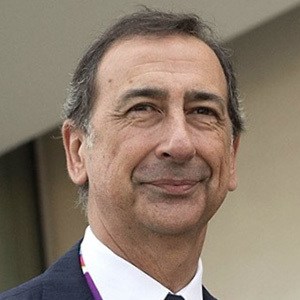 Italian politician who was elected the Mayor of Milan in 2016 as the Democratic candidate. He previously earned the nickname Mr. Expo for serving as the CEO of the Universal Exposition, a position he held from 2010-2015.

He earned his bachelor's degree in economics and business administration from Bocconi University.

He served as the city manager in Milan between 2009-2010. He has worked as an executive for Pirelli and Telecom Italia.

His parents' names are Stefania and Gino.

He and Giuseppe Conte are both famous Italian politicians.

Giuseppe Sala Is A Member Of