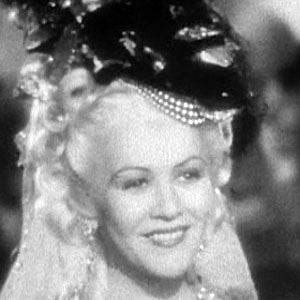 She became known for her roles in The Maltese Falcon and Valiant is the World for Carrie, which earned her an Academy Award nomination.

She appeared on stage with her parents at age three.

Her career waned due to health complications from smoking and drinking. She contracted cirrhosis of the liver and throat cancer.

She played Lute Mae Sanders opposite Joan Crawford in the 1949 film Flamingo Road.

Gladys George Is A Member Of