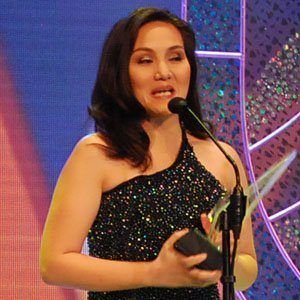 Filipina actress who became known for her role as the antagonist in the ABS-CBN soap opera, Mara Clara, and is a legend in Pinoy soap operas.

She played her first on-screen role in the 1984 film, Baby Tsina.

She was born in Davao City, Philippines, and she studied communications at New Era University.

Reyes originated the role of Clara, which was later played by actress Julia Montes in the re-make of the Mara Clara soap opera.

Gladys Reyes Is A Member Of