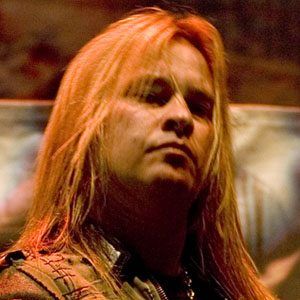 Played guitar for the heavy metal bands Megadeth and King Diamond. He has played with both versions of Queensrÿche.

He started playing the guitar before he even turned ten.

In 2007 he decided to leave Megadeth and to focus on creating a metal, rock, and jazz instrumental album.

He has two brothers, one of whom plays in the band Eldolon with him, and one sister.

He toured with Ozzy Osbourne in 1982.

Glen Drover Is A Member Of