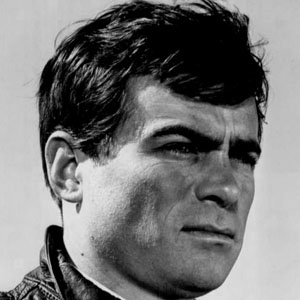 Remembered best for his role as warp drive inventor Zefram Cochrane on Star Trek and for his portrayal of Vietnam veteran Lincoln Case on Route 66, this screen actor also appeared in such 1970s films as Big Jake and Midway.

While attending Occidental College in the Los Angeles area, he began acting in student theatrical productions. He made his motion picture debut in a 1959 film noir titled The Crimson Kimono.

During the 1980s, he was a series regular on CBS's Dallas.

His marriage to Judy Daniels resulted in a son named Jason and a daughter named Jocelyn. He died of lung cancer several months shy of his sixtieth birthday.

He played the role of Sheriff Pat Garrett in the 1970 John Wayne western, Chisum.

Glenn Corbett Is A Member Of