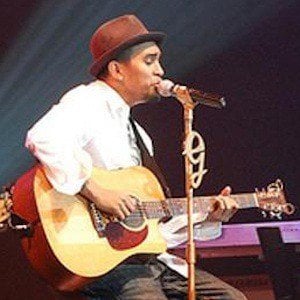 Singer and guitarist who was widely considered a pioneer of Indonesian R&B, having had great success in his home country with such tracks as "Akhir Cerita Cinta," "Januari" and "Sedih Tak Berujung." He was a coach on The Voice Indonesia.

He got his big break after winning the Cipta Pesona Bintang singing contest in 1995.

He was the eldest of five children. He was married to singer Dewi Sandra from 2006 to 2009.

In 2009, he performed a series of five tribute concerts to Michael Jackson.

Glenn Fredly Is A Member Of