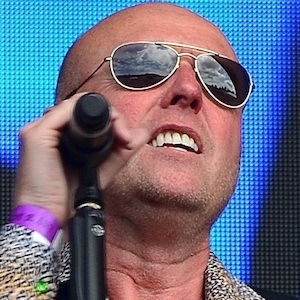 Best known for his membership in the British synthopop group Heaven 17, this English vocalist, saxophonist, and keyboard player also performed with such famous musicians as Tina Turner and Ian Craig Marsh.

He released his first album with Heaven 17, Penthouse and Pavement, in 1981.

He is perhaps best known for his Heaven 17 hit single, "Temptation," which rose to #2 on 1983 United Kingdom music charts.

He was born and raised in Sheffield, England. He married Sarah Osborne, the lead vocalist of a Belgian music group called Allez Allez.

Glenn Gregory Is A Member Of