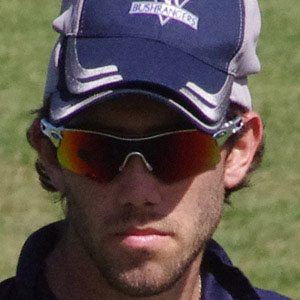 Known as "The Big Show," he's represented Australia in Tests, ODIs, and T20s. In 2017, he became the second Australian to record centuries in all three formats of the game.

He played junior cricket for South Belgrave CC and made his first-class debut in 2010 with Victoria.

He was born and raised in Kew, Melbourne. His second cousin is Australian Rules Football star Nick Maxwell.

Shane Watson was the first Australian to record a hundred in all three forms of cricket.

Glenn Maxwell Is A Member Of