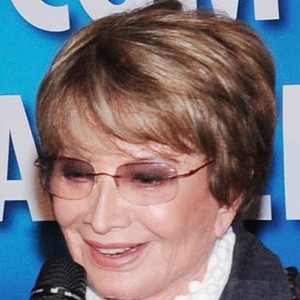 Brazilian actress who is known for her work on a variety of television programs including as Basbara Silveira Bueno on the series Deus Nos Acuda and for having played Roberta Leone in the series Guerra dos Sexos.

She attended the School of Dramatic Art at the University of Sao Paulo where she set up her own group called the Independent Youth. Her career in television began in 1959 when she starred as Eloa in the series A Place in the Sun. Her first recurring role came in 1960 when she landed a spot on TV de Vanguarda.

She is known for having won the Oscarito Trophy at the Gramado Film Festival as well as the Trofeu Imprensa award for Best Actress.

She married Tarcisio Meira in 1962 and together they have a son named Tarcisio Filho.

She starred alongside Edson Celulari and Marieta Severo in the 1992 series Deus Nos Acuda.

Glória Menezes Is A Member Of