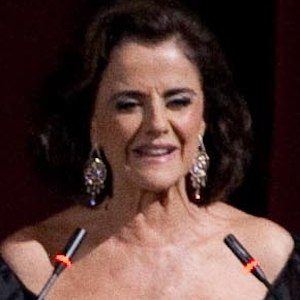 Most well known for her thirteen-year-long portrayal of Irene "Nene" Silva on the Brazilian comedy series A Grande Familia, she is also notable for her recurring roles on Lacos de Familia (as Alma) and A Comedy of Private Lives (as Regina).

She made her Brazilian theatrical debut in 1965 and first appeared on television -- in the soap opera O Sheik de Agadir -- the following year.

She voiced the evil Yzma in the Brazilian-language dubbing of The Emperor's New Groove.

She and Mylla Christie are both well known Brazilian television actresses.

Marieta Severo Is A Member Of