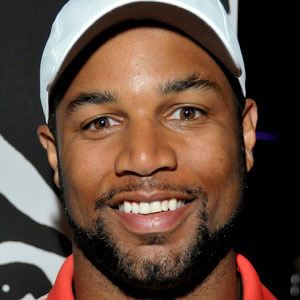 Speedy NFL player who was selected by the Seattle Seahawks in the 2010 NFL Draft's second round. He helped the Seahawks win a Super Bowl in 2014, then signed with the Detroit Lions. In 2019, he began playing for the New York Giants.

He was named an All-American in 2009 while playing for the University of Notre Dame.

He was twice selected in the MLB Draft, first in the 42nd round in 2007 and then again in the 50th round in 2010. He played two years of baseball at Notre Dame.

He grew up in Hendersonville, Tennessee, with three siblings, Wesley, Breanna, and Deanna. In 2017, he got married to Elise Pollard.

He was on the receiving end of many passes from Brady Quinn while playing for Notre Dame.

Golden Tate Is A Member Of