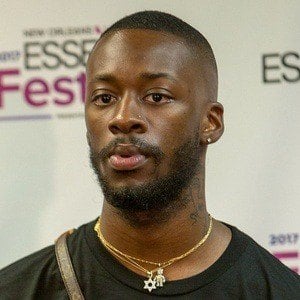 D'Anthony Carlos, known better by his pseudonym GoldLink, is a rapper who rose to fame after the self-release of his debut mixtape The God Complex. The project gained not only the attention of thousands of fans but also that of Def Jam founder Rick Rubin.

He began making music as a hobby after he graduated high school. Not long after, he found a local studio and was encouraged to begin recording and posting his original music to YouTube and Tumblr.

He released his debut studio album, And After that, We Didn't Talk to iTunes, in November of 2015.

He was born in Washington, D.C. but moved to Cheverly, Maryland as a teenager.

He collaborated with DJ Chet Faker on the incredibly popular single "On You."

GoldLink Is A Member Of