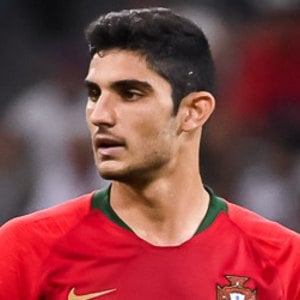 Soccer star who has won league titles as a winger for such clubs as SL Benfica and Paris Saint-Germain FC. He earned over 50 caps for Portugal at the youth level and joined the senior squad in 2015.

He began playing in Benfica's youth system in 2005, when he was 8 years old.

He won the Segunda Liga Breakthrough Player of the Year award for the 2014-15 season.

His father's name is Rogério. He has a brother named João.

He and Cristiano Ronaldo were both named to the Portuguese squad for the 2018 FIFA World Cup.

Gonçalo Guedes Is A Member Of