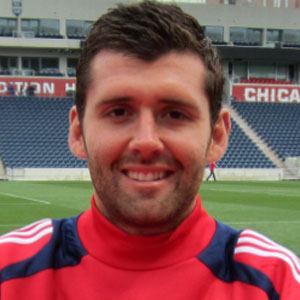 Costa Rican defender who began his MLS career with the Chicago Fire in 2005. He spent four years with the team before playing with Apollon Limassol in 2010, then rejoined the Fire after that.

He played college soccer at Virginia Commonwealth from 2001 to 2004.

He was named Chicago Fire Defender of the Year in 2007.

He was born to Alvarez and Maria Segares.

Gonzalo Segares Is A Member Of