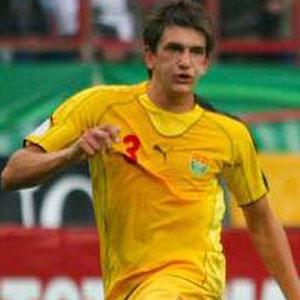 Macedonian soccer (football) defender who made his Macedonian National Team debut in 2004.

He joined the soccer club, Belasica, in his native Macedonia.

He has played on Macedonian, Greek, Dutch, English, and Serbian soccer (football) teams.

His family lived in Strumica, Macedonia at the time of his birth.

He and Greek soccer player, Alexandros Tzorvas, are contemporaries.

Goran Popov Is A Member Of