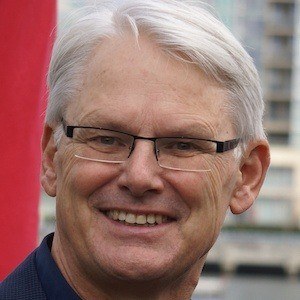 Canadian politician who was 34th Premier of British Columbia from 2001 to 2011. After he stepped down from that post, he became Canadian High Commissioner to the United Kingdom of Great Britain and Northern Ireland in 2011.

He received the Order of British Columbia on September 2, 2011.

He married Nancy Chipperfield in 1970, and they had three sons.

He served during the tenure of Canadian Prime Minister Stephen Harper.

Gordon Campbell Is A Member Of