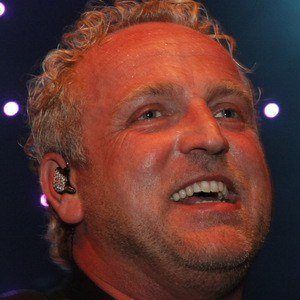 Breaking through with his third single "Kon ik maar even bij je zijn," he is a Dutch R&B artist who would become a judge on the shows Idols Netherlands and Holland's Got Talent. He has participated in Eurovision song contests for the Netherlands, finishing as high as third place in 2003.

He was a salesman on the street before becoming a professional entertainer. He tried his luck with Dutch positive songs before finding his calling as an R&B artist.

He had his own show on the radio station Radio 538, and his own television show on Dutch TV's RTL 4 called Gillend naar huis.

His real name is Cornelis Willem Heuckeroth, and he was born in the northern area of Amsterdam.

He, Gerard Joling and Rene Froger performed together in a group called De Toppers.

Gordon Heuckeroth Is A Member Of