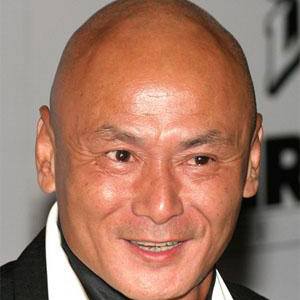 He became a legendary Hong Kong action star who has appeared in Shaolin Martial Arts, Shaolin Challenges Ninja, and Quentin Tarantino's Kill Bill: Volume 1. In 2012, he played The Abbot in The Man with the Iron Fists.

After finishing school, he briefly worked as a file clerk, but decided to use the martial arts training he received as a child in an acting career.

In 2011, he suffered a massive stroke that left him half-paralyzed. In an attempt to keep up with his tough on-screen persona, he initially refused treatment.

He was born in the Guangdong province of China, and moved with his family to Hong Kong at an early age.

He gained international fame with his roles of Johnny Mo and Master Pai Mei in two Kill Bill films, which were directed by Quentin Tarantino.

Gordon Liu Is A Member Of