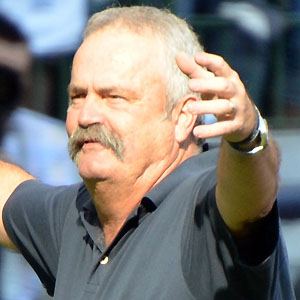 He was the first player selected by the Seattle Pilots in the 1969 MLB Draft.

He tied Hall of Fame slugger Reggie Jackson with 39 home runs in 1982.

He had two children, Kelly and Justin, with his wife Debbie.

He hit the very first home run of his career off Hall of Fame pitcher Jim Palmer.

Gorman Thomas Is A Member Of