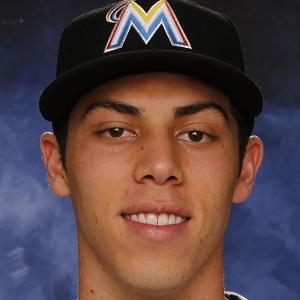 Outfielder who made his MLB debut in 2013 with the Miami Marlins. In 2018, he was traded to the Milwaukee Brewers and he was named NL MVP in his first year with the team.

He attended Westlake High School in California; he was drafted out of high school by the Marlins in the first round of the 2010 MLB Draft.

He was born in Thousand Oaks, California the eldest of three. His brothers are Collin and Cameron, the former of which has played for the Atlanta Braves.

Outfielder Juan Pierre was his teammate on the Marlins.

Christian Yelich Is A Member Of