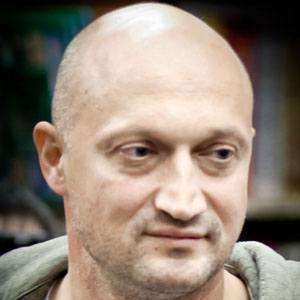 Screenwriter, poet, singer, and producer in addition to actor who had roles in notable films such as Antikiller, Night Watch, and Echelon Conspiracy.

He has been professionally acting since 1991 and had two of his earliest roles in 1993 as Tailor in Dreams and as Fyodor in Deti Chugunnykh Bogov.

He reprised his role of Ignat from Night Watch in the 2006 sequel to that film titled Day Watch.

He was married to Mariya Poroshina from 1992 to 1997 when it ended in divorce.

He had a role in the 2011 film The Darkest Hour, which starred Olivia Thirlby in the lead female role.

Gosha Kutsenko Is A Member Of