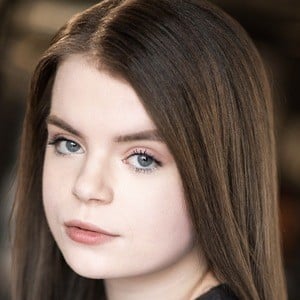 Actress and YouTube star who would appear in a couple of the The Girl Without a Phone episodes titled "A Cinderella Story" and "A Snow White Story." She also appeared in a series called Cheerleaders in the Chess Club.

She was cast in The Girl Without A Phone after becoming a part of Robert Randall's Young Actors Project.

She danced a lot in her childhood and she also played soccer growing up. She has done theater.

She is from Vancouver, Canada.

She would act alongside Laine Taylor in The Girl Without a Phone.

Grace Osborne Is A Member Of