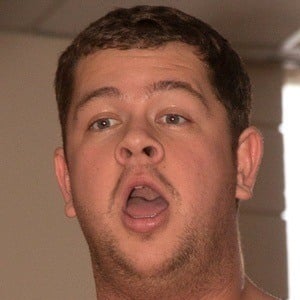 Professional wrestler for Insane Championship Wrestling. He also had a stints with Total N Action Wrestling from 2014 until 2016. He was a one-time ICW World Heavyweight Champion and a one-time ICW Tag Team Champion with his teammate Colt Cabana.

His wrestling debut came in 2004 when he joined Scottish Wrestling Alliance.

He has appeared in the BBC sitcoms Scot Squad, River City, and The Sunny.

He was born and raised in Scotland.

He was once trained by Drew McIntyre.

Grado Is A Member Of