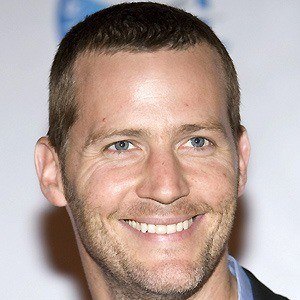 Toronto-born actor who most notably played Gray Jackson in the CBC television series, The Border, and starred in Degrassi: The Next Generation.

He participated in Canada's famous Stratford Festival when he was only eleven years old, playing small roles in The Merry Wives of Windsor and A Midsummer Night's Dream.

His screen credits include appearances in episodes of Heartland and The Jane Show, and a role in the 2008 TV movie version of Shakespeare's famous play, Othello. His extensive stage credits include a 2004 performance of the title role in Macbeth and a 2005 production of Long Day's Journey Into Night.

He married Michelle Giroux in 2008.

He and Grace Park both appeared in starring roles on The Border.

Graham Abbey Is A Member Of