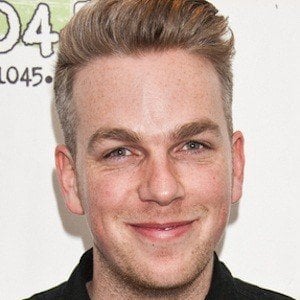 Singer and songwriter who is best known for having co-written the song "Home" for American Idol-winner Phillip Phillips. The song was used as Phillips' coronation song during the show's season 11 finale.

In 2005, he graduated from the University of Central Lancashire. He worked as a wedding photographer in London until 2009, when he moved to New York City.

On April 14, 2015, he released the album Chase the Sun via Warner Brothers Records. The album's lead single, "Hold On Tight," peaked at #15 on Billboard's Adult Alternative Songs chart.

He was born in Aberdeen, Scotland. His family moved to Lancashire, England, after his 3rd birthday, where he was eventually raised.

Jimmy Iovine, who was Phillip Phillips' American Idol mentor, picked his song "Home" to be used as the coronation song.

Greg Holden Is A Member Of