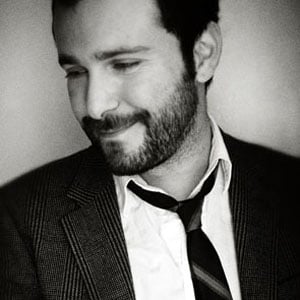 Music producer whose songs have appeared in many popular movies and television shows, including the Golden Globe-winning series True Blood. His cover of 'Girls Just Wanna Have Fun' by Cyndi Lauper was used in 'Confessions of a Shopaholic' in 2009.

He was in the San Diego band Shillglen, which amassed a sizable online following.

He was forced to finance and self-publish his first album, 2003's "Good Movie," and after it drew attention, he signed with Vanguard Records.

He married Ingrid Michaelson in 2011, a singer and songwriter who was also an able collaborator.

He wrote "Off I Go" specifically for the Season 5 finale of "Grey's Anatomy," starring Ellen Pompeo.

Greg Laswell Is A Member Of