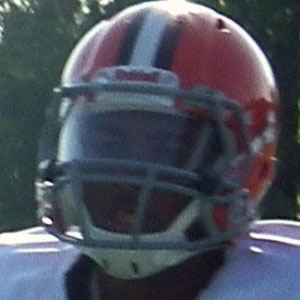 NFL wide receiver who was drafted 59th overall by the Cleveland Browns in 2011. He recorded 155 receptions and 8 touchdowns in his first three seasons.

He was named to the U.S. Army All-American Bowl after his senior season as a running back at Hillside High School.

He played both basketball and football at the University of North Carolina.

He caught a four-yard touchdown from Brandon Weeden against the Jaguars on December 1, 2013.

Greg Little Is A Member Of