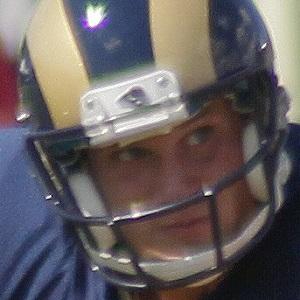 Kicker known as "Legatron" because of his extreme leg power, he made his NFL debut in 2012 for the St. Louis Rams.

He played football for three years at the University of Nebraska-Omaha, then his final season at Missouri Western State, where he was the nation's leader in field goal percentage.

In his second year he was nearly perfect, making 26 of 28 field goals, including all of his attempts from less than 40 yards.

He was born to Eileen and Gene Zuerlein.

As a rookie he replaced veteran kicker Josh Brown.

Greg Zuerlein Is A Member Of