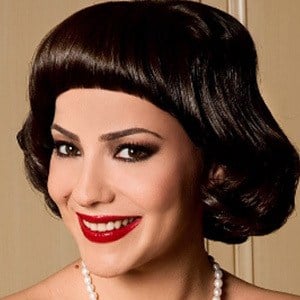 Kosovan actress who is best known for playing the part of Teuta Berisa in the TV show Besa. She also appeared in the 2015 TV series Çka ka Shpija.

One of her first acting jobs was in the 2001 TV series Familja Moderne.

She has acted in 10 episodes of the TV program Besa. She has also appeared in the 2010 short film Death by Suffocation.

She hails from Pristina in Kosovo.

She acted alongside Arben Bajraktaraj in the TV series Besa.

Gresa Pallaska Is A Member Of