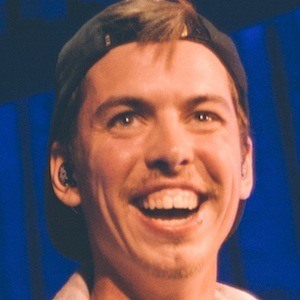 Seattle-area rapper who had a hit with the track On the Rocks and who released his first album Irreversible in 2007.

He picked his stage name at the last minute when signing up for a local rap battle; he said there was no special meaning behind it: he just liked the way it sounded.

Signed to the Rhymesayers label in 2010, he reached the Billboard Top 200 with his 2011 album Together/Apart, and toured music festivals including SXSW and Warped Tour 2011.

He was born Benjamin Laub, in Seattle, Washington.

He mentioned in interview that Michael John Burkett and his band NOFX were among his biggest musical influences.

Grieves Is A Member Of