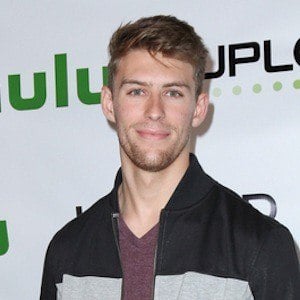 Actor who rose to fame playing the character Jase in the film adaptation of Paper Towns, based on the novel by John Green. He has also made appearances in the Fat Boy Chronicles and Term Life.

At the age of seven he began working in local theater and by thirteen he had regular work in commercials. He continued theater and filmmaking into high school, including competing in Poetry Out Loud.

In 2011, his short film Sitting on the Fence was an official selection at the Macon Film Festival and in 2013, Self Portrait won the Superior award at the Georgia Thespian Conference.

He was born and raised in Atlanta, Georgia with his younger brother Charlie.

He appeared alongside Cara Delevingne and Nat Wolff in Paper Towns.

Griffin Freeman Is A Member Of