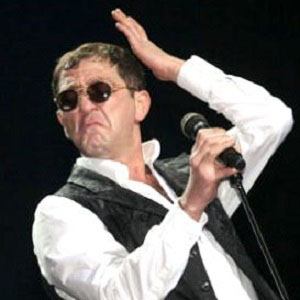 Georgian singer-songwriter known for his deep baritone on singles like 1995's "Natali." After transitioning to rock music in the 2000's, he released successful albums like On Strings of Rain.

He served in the Russian Army and struggled with drug addiction early in his career.

He underwent an operation to restore his singing voice in the early 2000's.

He was originally married to actress Svetlana Dubinskaya. He married his second wife, dancer Anna Shaplykova, in 2000. He has three children.

He and Viktor Tsoi are both popular rock singers from Russia.

Grigory Leps Is A Member Of