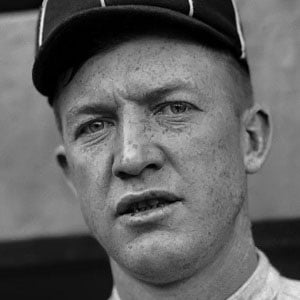 Hall of Fame MLB pitcher who retired with 373 wins and a career 2.46 ERA; helped lead the St. Louis Cardinals to a World Series Championship in 1929.

He signed his first pro contract at the age of 20, paying him $50 a month.

Married Amy Marie Arrants on the last day of May before leaving to fight in World War I.

He was named after former US President Grover Cleveland.

Grover Cleveland Alexander Is A Member Of