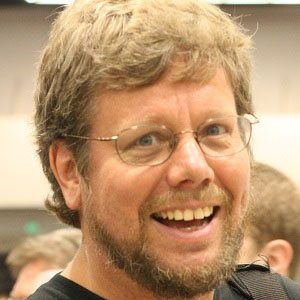 Famous as the inventor of an influential computer programming language known as Python, van Rossum worked for Google from 2005 until 2012 and for Dropbox beginning in 2013.

After earning an advanced degree in computer science and math from the University of Amsterdam, he worked for computer research companies in both the United States and his native Netherlands.

His honors include the Free Software Foundation's 2001 Advancement of Free Software Award and the The Netherlands Local Unix User Group's 2003 award.

After leaving the Netherlands, he settled in California with his wife Kim and his son Orlijn. His younger brother, Just van Rossum, also had a successful career in computer programming and design.

He and Finnish computer scientist Linus Torvalds both made major contributions to the software industry.

Guido van Rossum Is A Member Of