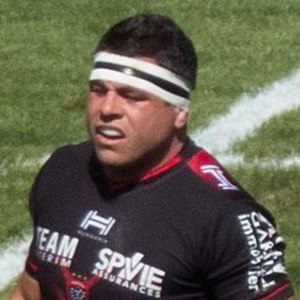 Rugby union player who competed as a hooker for Perpignan from 2005 until 2014, at which point he joined Toulon. He joined the senior French national squad in 2008.

He attended the University of Perpignan and played amateur rugby for his hometown club, Arles-sur-Tech.

He was named captain of the French national team in 2015.

His parents are from Grenada.

He was teammates with Thierry Dusautoir at the 2015 Rugby World Cup.

Guilhem Guirado Is A Member Of