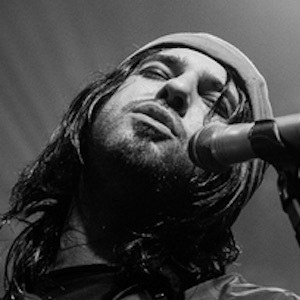 Pop singer, composer, and producer known for his work with the Catholic rock band Rose of Sharon. He is also known for his solo work and for the single "Agora" which was released in February of 2017.

He first joined the band Rose of Sharon in 2001. He made his debut with the band in 2002 on the album After the Winter. Starting in 2005, he began producing albums for the group as well. He went on to release his first solo album in 2017 entitled Ingreme.

He has won several awards and honors for his songwriting and producing including multiple Praise to the Lord Trophies in the Best Cantor category.

He was born and raised in Limeira, Sao Paulo, Brazil and shared a photo with his daughters through Instagram in July of 2018.

While performing as a solo artist, he played alongside Mauro Henrique, lead singer of the band Oficina G3.

Guilherme de Sá Is A Member Of