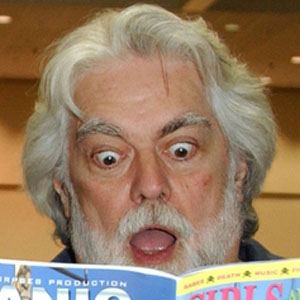 Slasher film actor who played Leatherface in the original version of The Texas Chainsaw Massacre. His other slasher hits include Hollywood Chainsaw Hookers, Chainsaw Sally, and Brutal Massacre: A Comedy.

He worked as a computer operator and club bouncer before having his first acting role in 1974 as Leatherface.

He moved with his family from Reykjavik, Iceland to Maine at the age of 11.

He acted with Linnea Quigley in the 2009 thriller It Came from Trafalgar.

Gunnar Hansen Is A Member Of