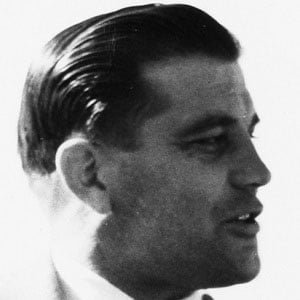 Swedish striker who is widely considered to be one of the greatest Swedish soccer players of all time. During his illustrious career, he won two Scudetto titles with AC Milan and led Serie A in goals scored a record five times.

He began his professional career with his home town club, Hornefors IF, in 1937.

In addition to becoming AC Milan's all-time top scorer, he became Serie A's all-time most efficient scorer with an average of 0.77 goals per match.

He won an Olympic gold medal alongside his brothers Bertil and Knut. His son is soccer player and broadcaster Thomas Nordahl.

He and Silvio Piola are two of the top goal-scorers in Serie A history.

Gunnar Nordahl Is A Member Of