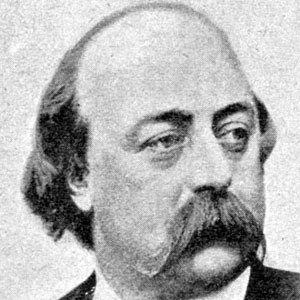 An important French writer known for his scrupulous attention to detail and word choice, he is most famous for his 1857 novel, Madame Bovary. His other major works include Memoirs of a Madman, Sentimental Education, and Le Chateau des Coeurs.

He grew up in northern France and began writing when he was just eight years old. Later, he traveled to Paris to study law, though he later decided against a career as an attorney.

He was a meticulous, perfectionistic writer whose work showed the dual literary influences of romanticism and realism. Being such a romantic, he was dared by his friends to try his hand at the more realistic style. The result was his masterpiece, Madame Bovary.

He had a romantic relationship with poet Louise Colet during the 1840s and 1850s. He was also infamous for his frequent sexual relations with both male and female prostitutes.

His work, marked by detachment and scientific and legal references, greatly influenced the literary style of Franz Kafka.

Gustave Flaubert Is A Member Of