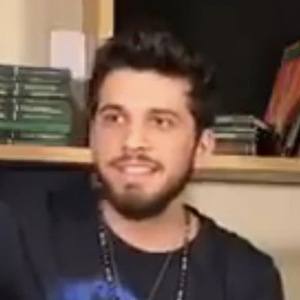 Brazilian pop star who's known for his hits such as "Ela não Gosta de Mim," "Impressionando os Anjos," and "Anti-Amor". He has 5 million followers on his gustavopmioto Instagram account.

He composed his first song "É você quem vai chorar" at the age of 10.

He collaborated on "Coladinha Em Mim" with pop singer Anitta.

His parents are Jussara and Marcos Mioto. He has a sister named Leticia.

He performed with the singers Luan Santana and Cristiano Araujo in 2015.

Gustavo Mioto Is A Member Of