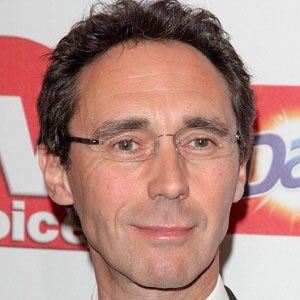 Perhaps most well known for portraying Henrik Hanssen in both Holby City (135 episodes) and Casualty (5 episodes), he is also notable for his London stage acting career, which includes performances in Royal Shakespeare Company productions of The Merry Wives of Windsor, All's Well That Ends Well, and Antony and Cleopatra.

After completing his training at London's Royal Academy of Dramatic Art (RADA), he made his television debut as the title character in the ITV series Young Sherlock Holmes.

His film credits include Harry Potter and the Deathly Hallows: Parts 1 and 2 (as Pius Thicknesse) and Filth and Wisdom (as Lorcan O'Niell).

The son of fellow actor Michael Henry, he spent his early days in Kent, England, and later attended Brockenhurst College in Hampshire, England. In 2000, he and actress Sarah Flind became parents to a son named Gus.

From 2008 to 2009, he shared the stage with Derek Jacobi in a Donmar Warehouse production of Shakespeare's Twelfth Night.

Guy Henry Is A Member Of