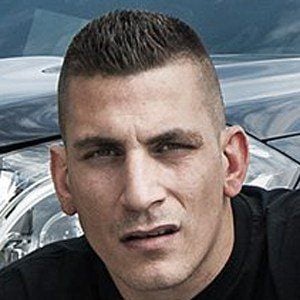 German rapper and member of the hip hop crew 187 Street Gang. He's collaborated jointly with 187 member Bonez MC on the album High & Hungry, which became a top ten hit in Germany as well as their sequel, High & Hungry 2, which debuted at number one. His solo album titled Ebbe & Flut reached number two on the German charts.

He went to jail for predatory theft in 2010 and the band started a Free Gzuz Tour in 2012 and sold Free Gzuz merchandise in his honor.

His real name is Jonas Klauss. His parents divorced early on in his childhood and he grew up with his sister and mother in Hamburg, Germany.

He and 187 specialize in the gangster rap genre like rap legend Tupac.

Gzuz Is A Member Of