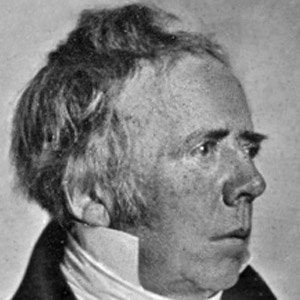 Danish physicist and chemist who discovered the important aspect of electromagnetism that electric currents create magnetic fields. The HC Orsted Medal is awarded every year by American Association of Physics Teachers.

He studied from home and learned from his father, who owned a pharmacy.

He was the first to describe and give a name to the thought experiment and in 1822, he was elected a foreign member of the Royal Swedish Academy of Sciences.

He had a brother named Anders an his father owned a pharmacy.

He was a friend of Hans Christian Andersen.

HC Oersted Is A Member Of