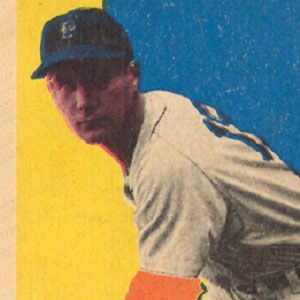 Hall of Fame pitcher who won back-to-back AL MVP awards for the Detroit Tigers in 1944 and 1945; selected to 7 All-Star games and in 1945, he led the Tigers to a World Series Championship while also winning the triple crown.

He was born and raised in Detroit and was signed by the local Tigers in 1939.

He was unable to serve in World War II due to a leaky heart valve.

He married Beryl Newhouser in 1941.

He discovered All-Star shortstop Derek Jeter while working as a scout for the Houston Astros.

Hal Newhouser Is A Member Of