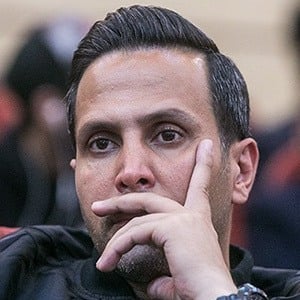 Retired Iranian professional soccer midfielder who played the majority of his career with the Persian Gulf Pro League team Persepolis FC. His Instagram page has garnered lots of attention.

He started his youth soccer career with Bonyad Shahid in 1995.

He earned 50 caps for the Iranian national team, also known as Team Melli.

He was born in Bandar Anzali, Iran.

He rose to prominence as a talented Iranian soccer star like Nasser Hejazi.

Hamed Kavianpour Is A Member Of